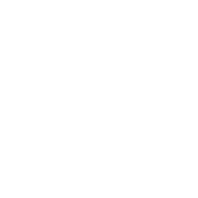 major improvements in the protection of sexual self-determination. Under this law sexual assault is now already a criminal offence if it is committed against a person’s unambiguous will. It no longer matters whether the person in question has tried to physically resist or why she/he has failed do so. The new law means that the Istanbul Convention’s call for all sexual acts committed without consent to be classified as criminal offences is at last being implemented in Germany.

The law also introduces a new category of offence: sexual harassment. Under the law, abuses previously deemed insignificant are now classified as criminal offences. Time and again, women and girls have been touched, groped and grossly sexually hararassed in public places. The law now allows them to report such offences, either immediately or at a later point in time. The police are obliged to record such reports and to investigate them.

No victim of sexual violence is responsible for the crimes committed against her. A perpetrator can no longer excuse his behaviour by saying that he did not know whether the victim consented because she did not resist. If the police/public prosecutor receive reports of such cases they must investigate them and press charges where appropriate. The new legislation means that reporting sexual assault is much more likely to lead to prosecution than in the past. Ongoing investigations of sexual assault can no longer be suspended simply because of a loophole in the law on sexual offences.

Everyone has a right to decide themselves with whom they have sexual contact. This legal principle is accorded greater significance in the new legislation. A person can express their will and can end or interrupt a sexual interaction at any time. If the other person disregards this, then this constitutes an assault and can be prosecuted as a criminal offence. We believe that this legal right needs to be communicated more clearly in society, including, of course, within families and relationships and in the workplace.

Victim-witnesses who have experienced sexual violence will still have to undergo tough police questioning and humiliating cross-examination in court about the details of the act perpetrated. The new legislation does not change anything about how these procedures are organised, nor does it change the widespread existence of prejudices and myths about sexual violence that are hostile to victims. The burden of proof will also remain difficult, so that the new legislation will not necessarily lead to a higher quota of convictions.   Help in reporting an offence and during legal proceedings.   With effect from 1 January 2017, in addition to accessory prosecution representation by a lawyer, victims also have the option of being assigned psychosocial legal support.

Please see also the information paper of the BFF, which forms the basis for our publication. Here you will also find a number of cases from legal practice.

Please note: the old law still applies to all assaults committed before 10 November 2016 even if they are reported after the new law came into force.